Beauty and Horror in the Petrol Age 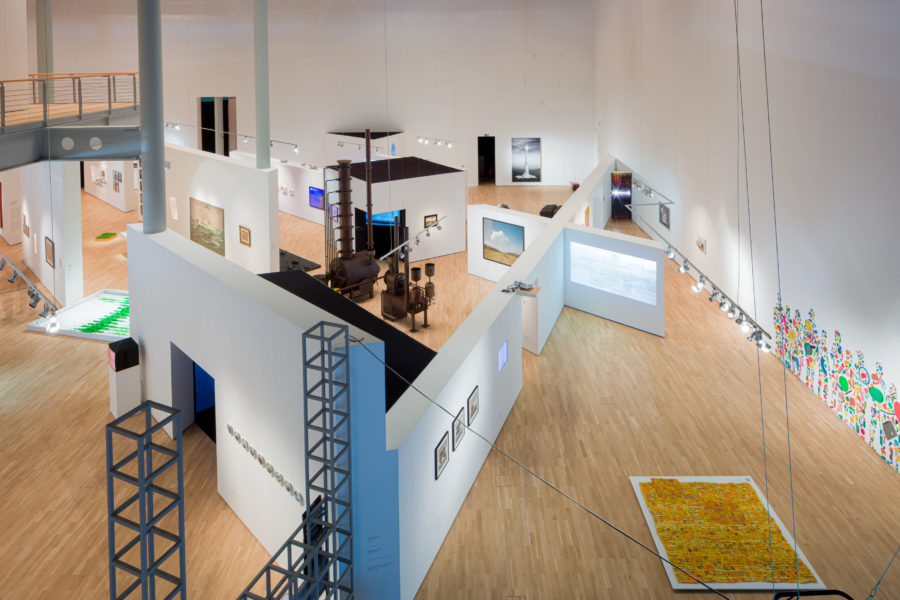 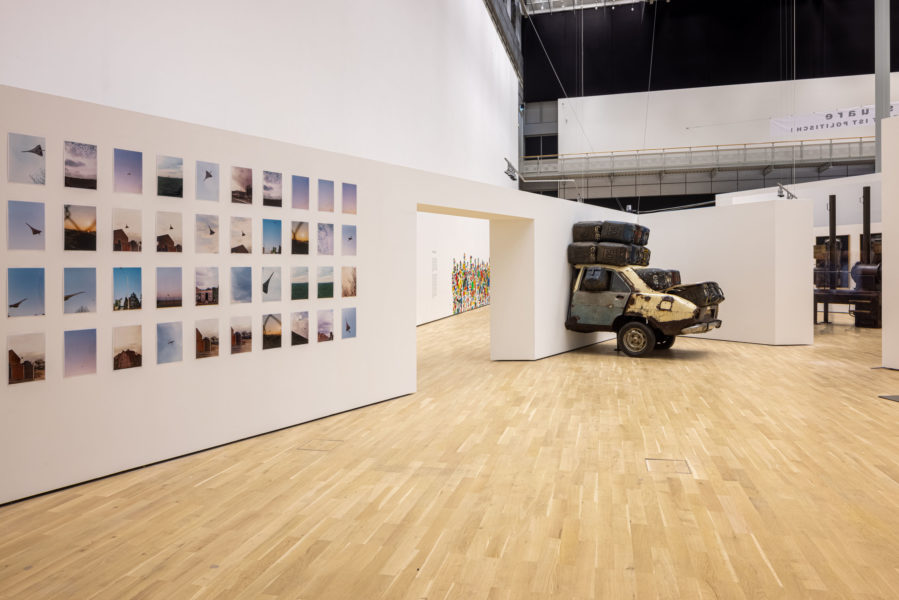 No other substance has shaped societies in the twentieth and early twenty-first centuries as much as petroleum. Airplanes, tanks, and space­craft, motorways, shopping malls and suburban settle­ments, nylon stockings, mountains of plastic, and vinyl – key materials and techno­lo­gies, lifestyles and visions of our time owe their existence to the energy density and trans­forma­bi­lity of oil. Now, however, the dusk of the “petrol age” is looming, whereby neither can its end be precisely dated, nor its conse­quences adequa­tely assessed. The exhibi­tion Oil. Beauty and Horror in the Petrol Age therefore takes a specu­la­tive, poetic look back at the presence of the modern age of petroleum, which has lasted for roughly one hundred years. From the distance of a hypothe­tical future, we ask what was typical of our time, what was great and beautiful, what was ugly and terrible, and how all this is reflected in art and culture.

Funda­mental here is the obser­va­tion of a deep conflict: In the oil boom of the 1950s and 1960s, gasoline and kerosene, plastic, asphalt, and synthetic fibers stood for the futuristic promises of boundless mobility, indivi­dual freedom, and unrestricted trans­forma­bi­lity. Today, they are associated with global battles over resources, mountains of waste, and global warming, as well as sea and air pollution.

The exhibi­tion focuses on all this from a ficti­tious archaeo­lo­gical distance and at the same time seeks a thematic and emotional proximity: Beyond entren­ched ideology, it confronts works of art with natural science and techno­logy, politics and everyday life, with knowledge, practices, and apparatus from chemistry, drilling, and geology, from daily working life and pop culture, from industry and cultural theory. Well-known and lesser-known works of art from the canon of Western modernism, as well as from oil-producing regions around the globe, are reapp­raised in the black mirror of oil and placed in relation to current artistic positions.

The exhibi­tion focuses on the decades between the end of the Second World War and today. The cultural, technical, and geolo­gical constel­la­tions presented range, however, from the Middle Ages and antiquity to the early history of culture and life, while at the same time antici­pa­ting develo­p­ments that may extend hundreds or even thousands of years into the future.

In this way, the exhibi­tion presents the world’s first retro­spec­tive of the global modern age of petroleum.

The exhibi­tion will be accom­pa­nied by a compre­hen­sive, trans­di­sci­pli­nary publi­ca­tion in German and English, published by Verlag der Buchhand­lung Walther und Franz König, Cologne, edited by Andreas Beitin, Alexander Klose and Benjamin Steininger, designed by Jan Kiess­wetter. The book will be a compre­hen­sive compen­dium of art in the inter­na­tional modern age of petroleum and also include works that cannot be shown in the exhibi­tion itself. Reflected in the artworks, social, economic, political, and cultural condi­tions shall become visible in various time periods and in different regional manifes­ta­tions of the age of petroleum around the globe.

With generous support from Stiftung Niedersachsen.

With generous support from