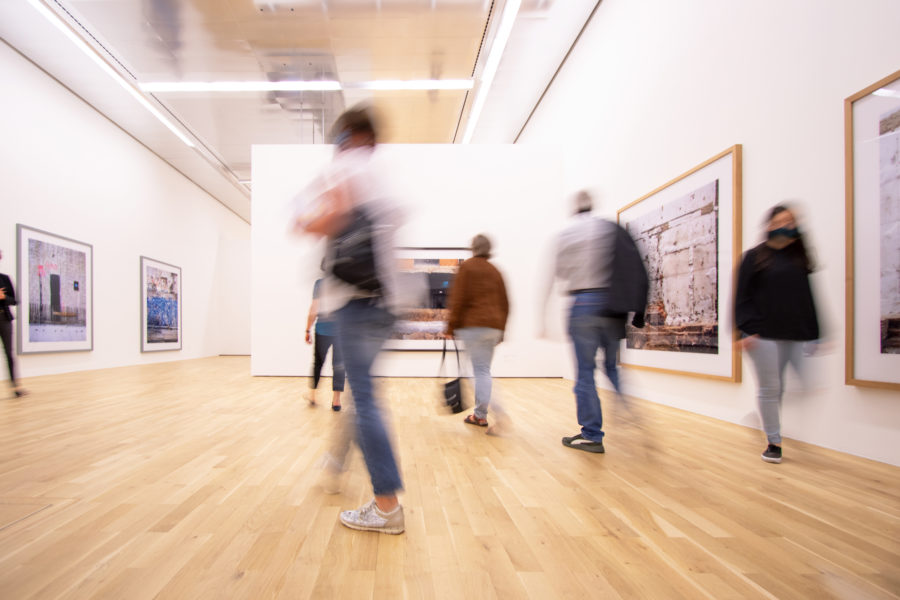 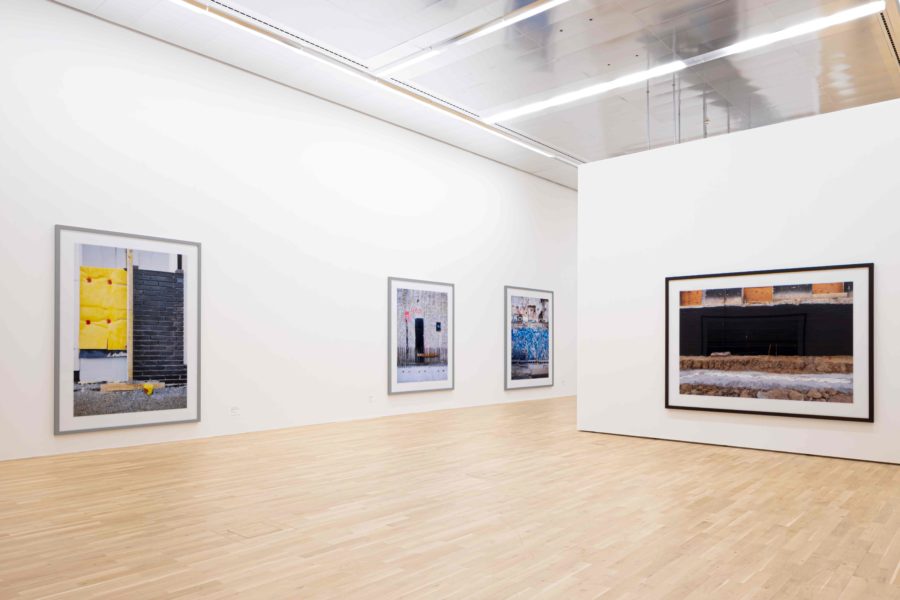 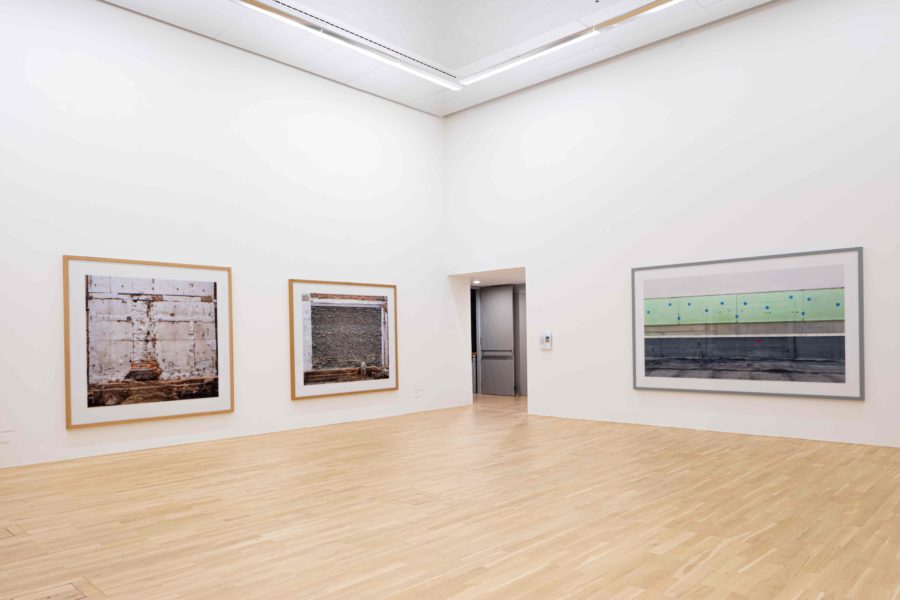 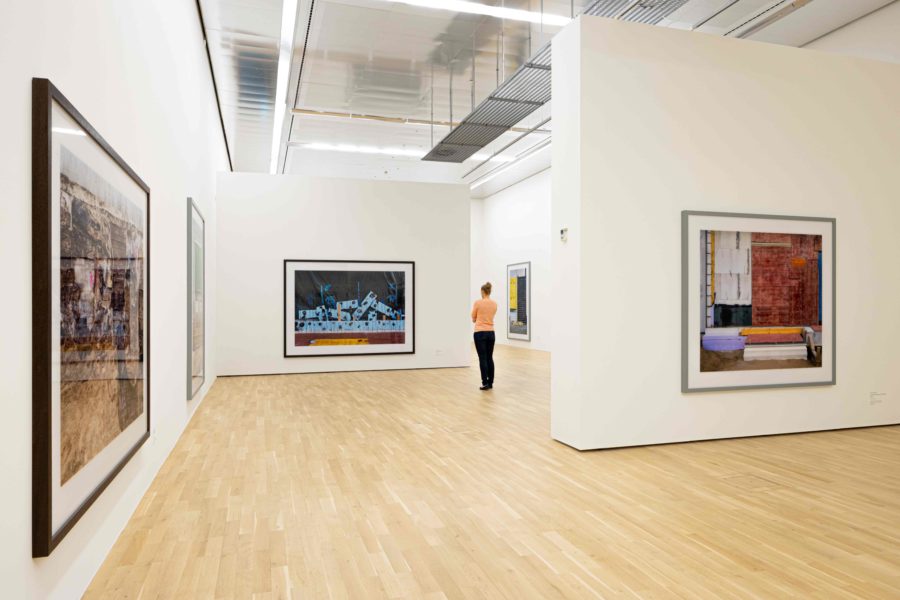 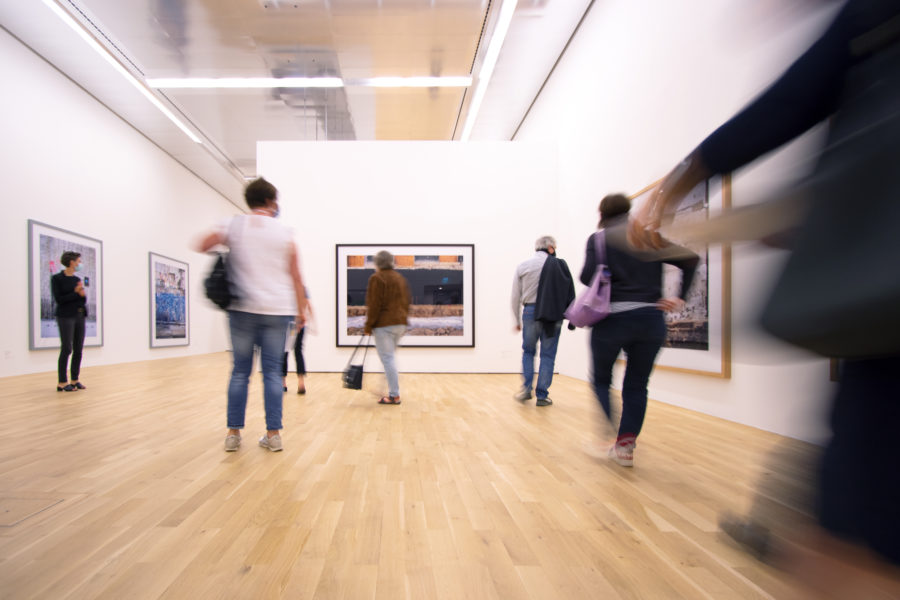 For nearly three decades, the Düssel­dorf-based artist Ulrich Hensel has been working on his photo­gra­phic oeuvre with vehement strin­gency, focusing predo­mi­nantly on one motif: construc­tion sites. These are places where technical, economic, and not least of all cultural activi­ties culminate and which speak in dense descrip­tions of the sociology of the materials of the world. The photo­gra­phed construc­tion sites may appear as though they have been found by chance, but they have actually been carefully selected during lengthy research tours through urban lands­capes. On the one hand, the photo­graphs are very concrete, but on the other hand they are often almost abstract, at times even minima­list: Grids, dots, mounting devices, iron lattices—everything spreads out strictly over the picture surface and gives it rhythm. The photo­graphs are focused “construc­tion-scapes” which, in the much-cited age of the Anthropo­cene, pay testimony to human activi­ties in a highly condensed manner. In addition to a fasci­na­tion with the “crime scene” of the construc­tion site, however, the locations depicted are basically also a pretext for Hensel to be able to work painterly in and with his photographs—as demons­trated by the often-extensive color fields of the most diverse building materials. Ulrich Hensel’s works represent a unique position in the photo art scene.

With the exhibi­tion Ulrich Hensel. In-Between Worlds, the Kunst­mu­seum Wolfsburg presents a first museum overview of this special photo­gra­phic work. A publi­ca­tion is available (Hatje Cantz, German/English, 120 pages, 29 euros in the museum shop).