Memory Is the Weapon 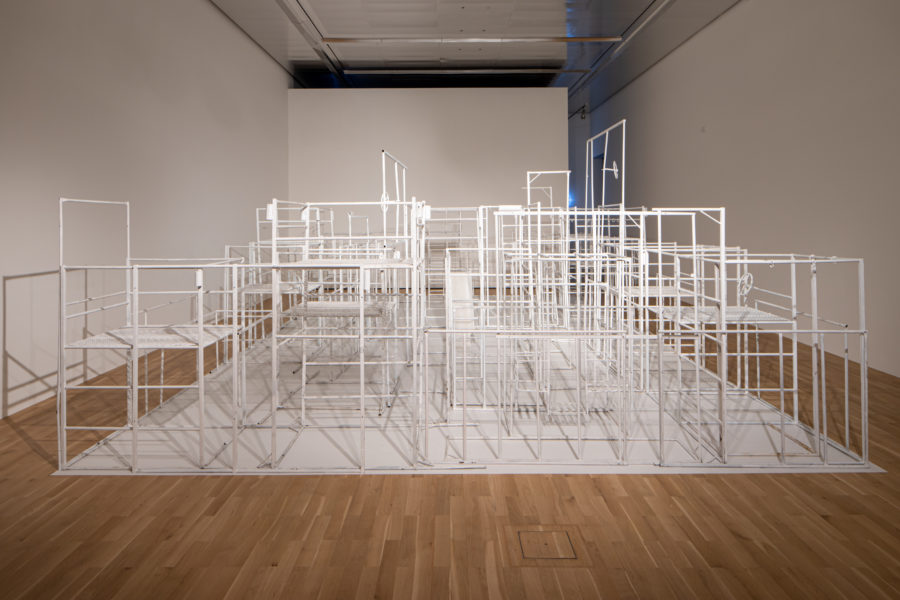 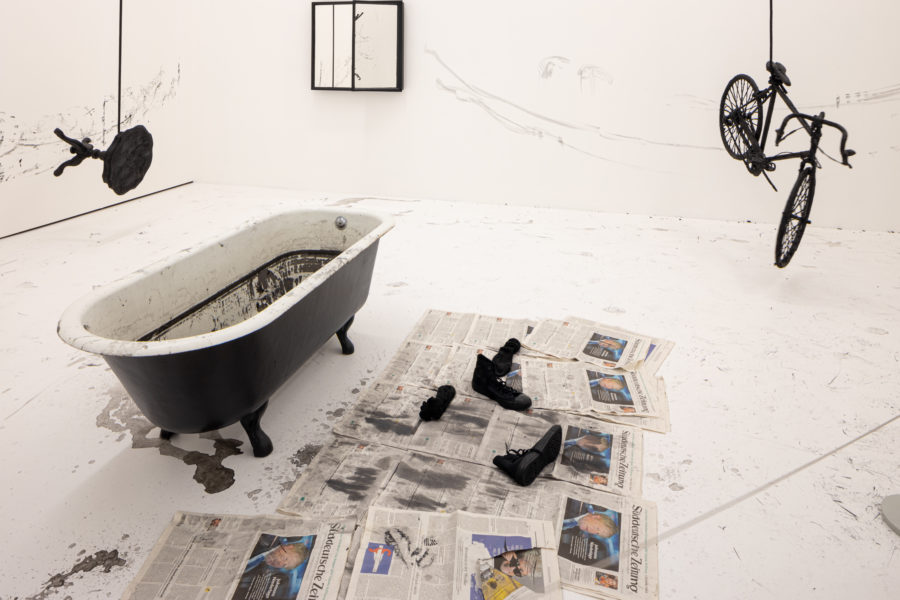 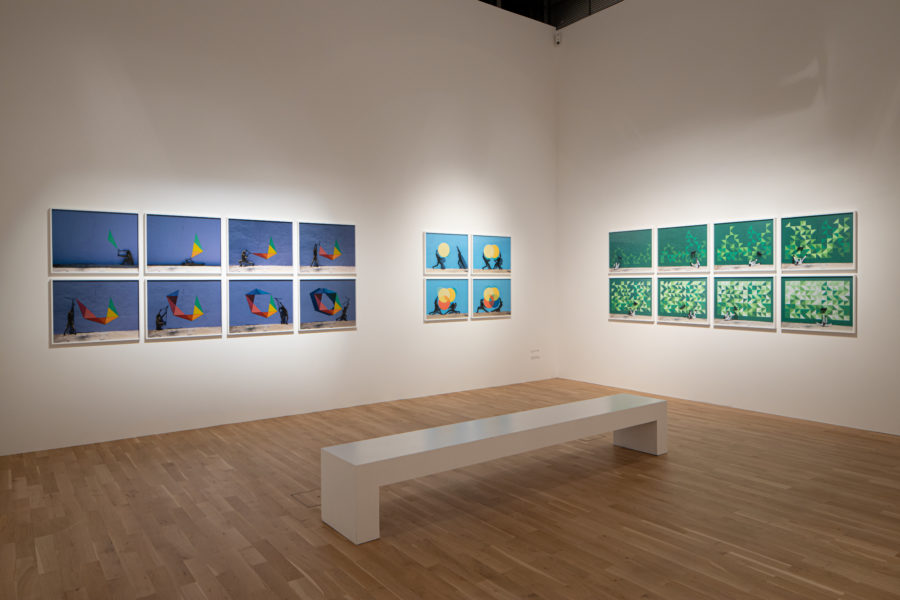 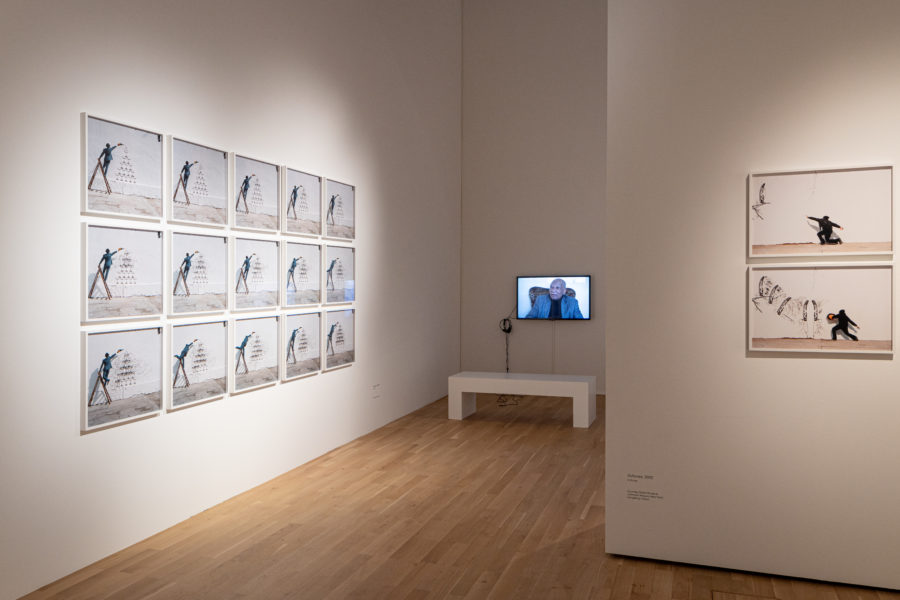 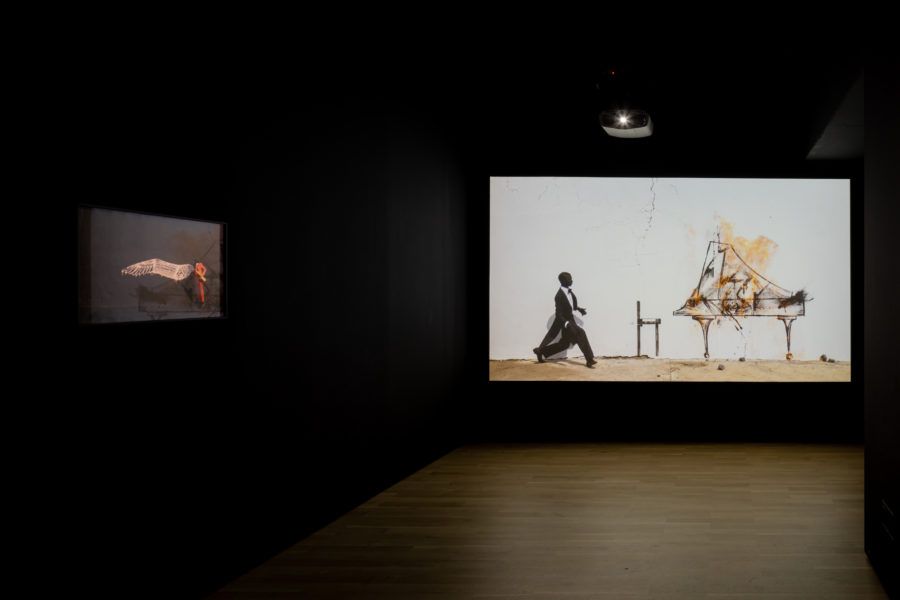 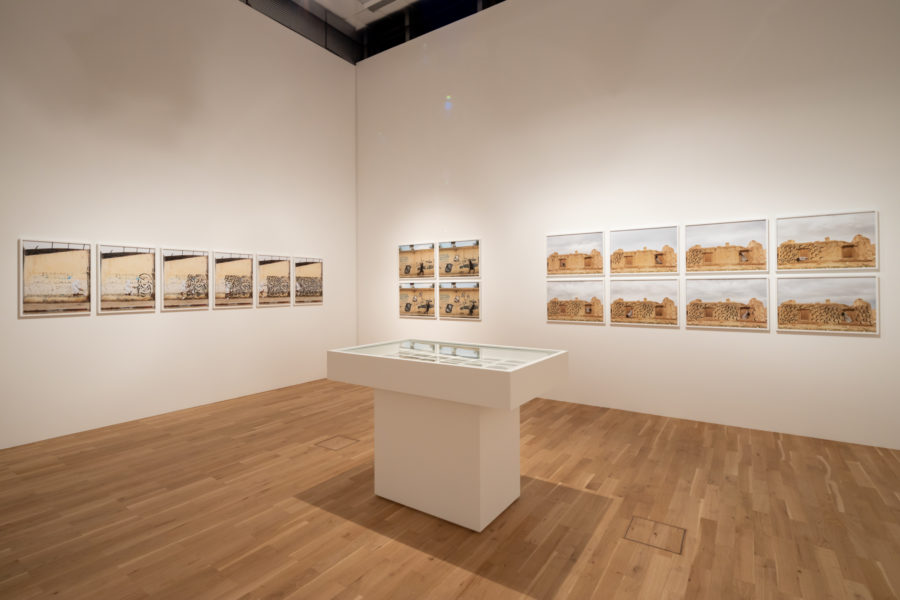 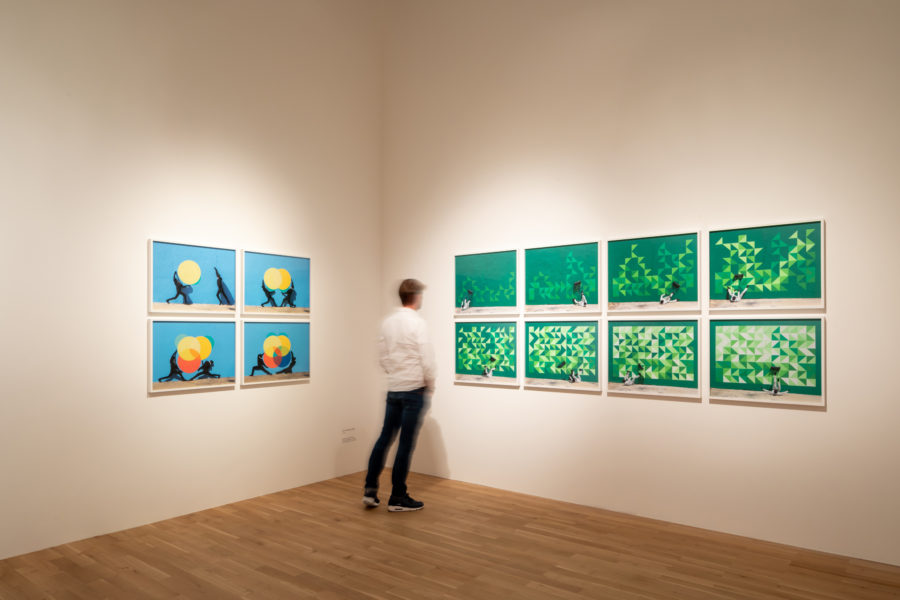 Whether it is his photo­gra­phic works, digital anima­tions, perfor­mances, wall pieces, or works on paper, the core of Robin Rhode’s multi­media oeuvre is the drawing, the line. Born in Cape Town in 1976 and raised in Johan­nes­burg, he first studied art at the Technikon Witwaters­rand, now the Univer­sity of Johan­nes­burg, followed by a postgra­duate program at the South Africa School of Film, Televi­sion and Dramatic Arts in 2000.

The influence of urban music, film, popular sports, youth culture, and the local tradition of story­tel­ling have all influ­enced the develo­p­ment of Robin Rhode’s initially typical Street Art aesthetic. His trademark is a wall that stands in a socially disad­van­taged district of Johan­nes­burg. In contrast to Graffiti and Street Art, however, he is not interested in what he leaves behind in the urban context, but rather in the process. Step by step, he photo­gra­phi­cally documents the develo­p­ment of narra­tives on his stone canvas, which in turn carries its own history. The sum of the photo­graphs forms the narrative. While he initially drew simple sports equipment with chalk on the ground or the wall, his designs and themes have become incre­a­singly complex—a content-related balancing act between the history, culture, mentality, signs, and codes of South Africa and the abstract language of European art history. Here, the drawing is activated by its connec­tion with the body: Children do gymnastics on sports equipment, a pianist destroys a piano, an agile dancer cuts colored triangles on the wall with a huge hedge trimmer, as if they were cut-outs à la Matisse.

Since 2002, Robin Rhode has lived in Berlin. In contrast to the colorful wall works that are still created in South Africa, in Germany he explores black-and-white approa­ches to drawing. Here, he draws not only with soap, charcoal, chalk, and paint, but also with everyday objects. Chairs, bicycles, and beds become perfor­ma­tive drawing instruments—an instru­men­ta­liz­a­tion of the Readymade. The expres­sive drawings resulting from his energetic perfor­mances stand in contrast to the perfected illusio­nism and the intended lightness of his elaborate wall pieces. Robin Rhode reduces complex, at times even socially critical or analy­tical content to a few visual signs or, as he puts it, simpli­fies chaos with the means of art.

After the exhibi­tion at the Haus der Kunst in Munich in 2007, the presen­ta­tion at the Kunst­mu­seum Wolfsburg is the first solo exhibi­tion in Germany since twelve years. With more than 800 square meters of digital anima­tions, photo­gra­phic series, drawings, and sculp­tural elements, as well as perfor­mances, it offers a broad overview of Robin Rhode’s oeuvre, including new work groups, on which he is currently working. The exhibi­tion is accom­pa­nied by a richly illus­trated catalog in German and English, including a preface by Andreas Beitin, an extensive interview with Robin Rhode and an intro­duc­tion by Uta Ruhkamp. 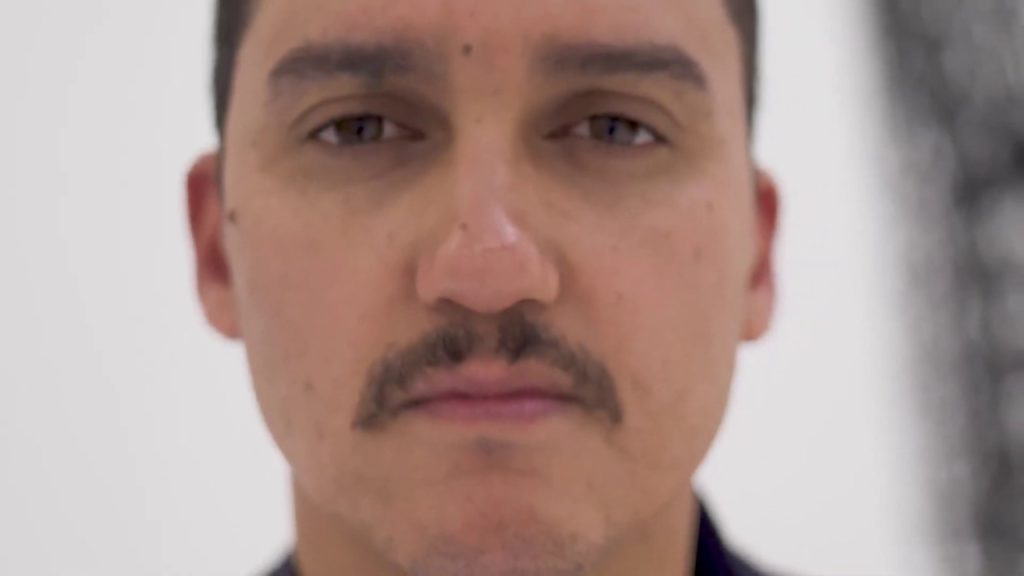 Robin Rhode. Memory Is The Weapon 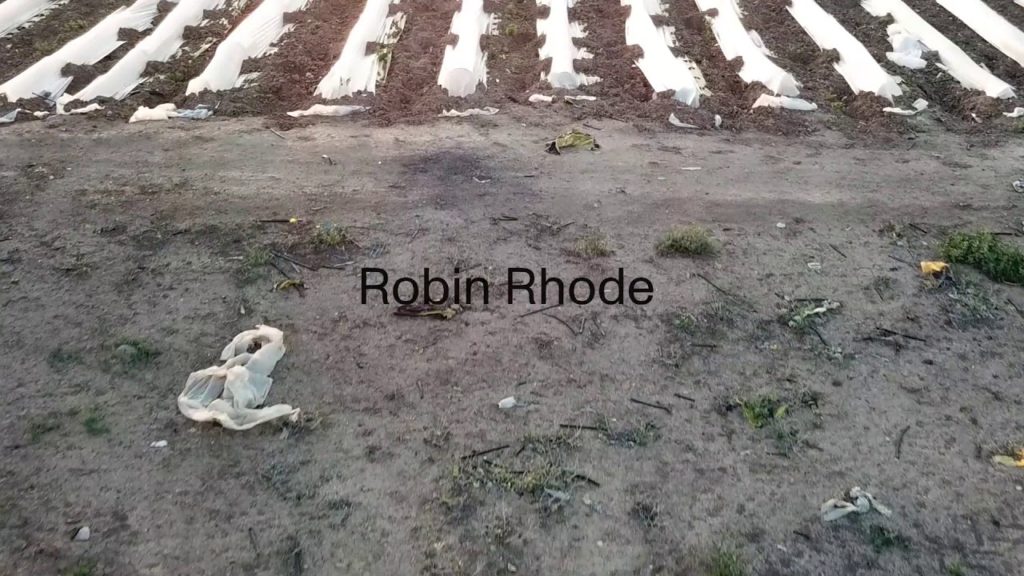