The growth of things 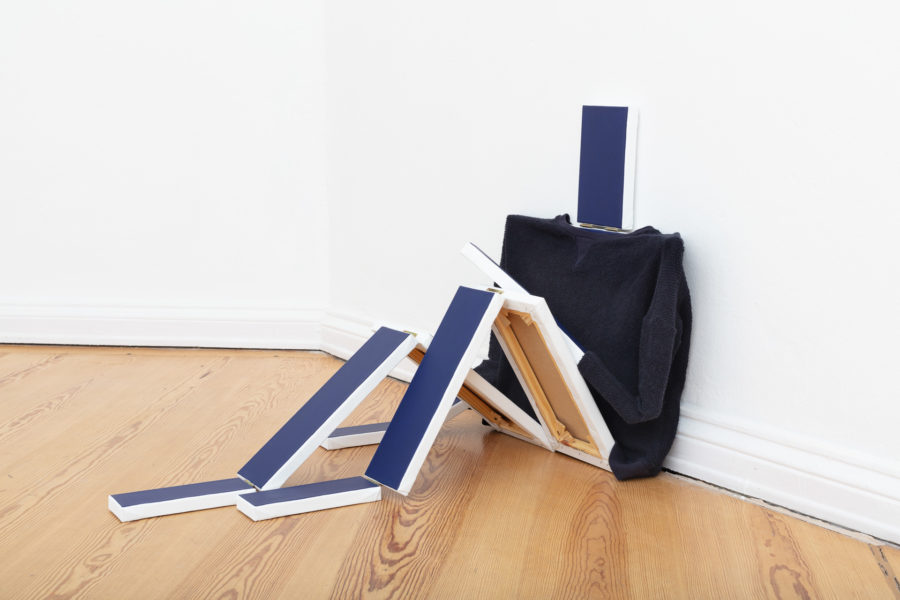 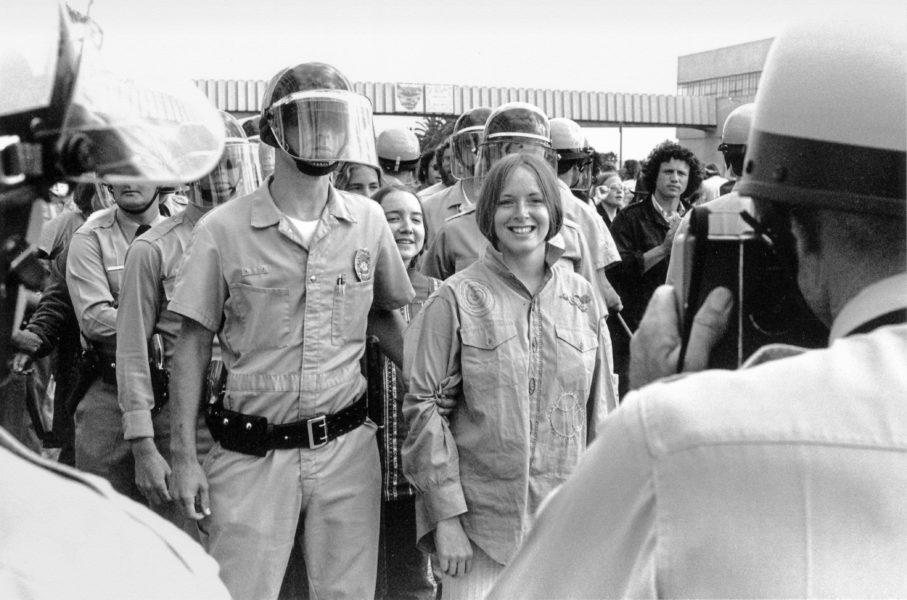 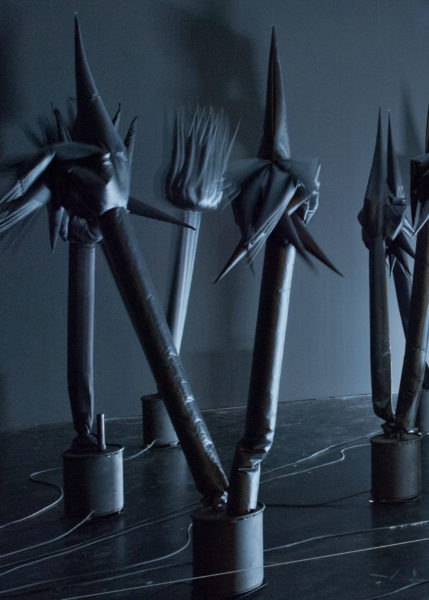 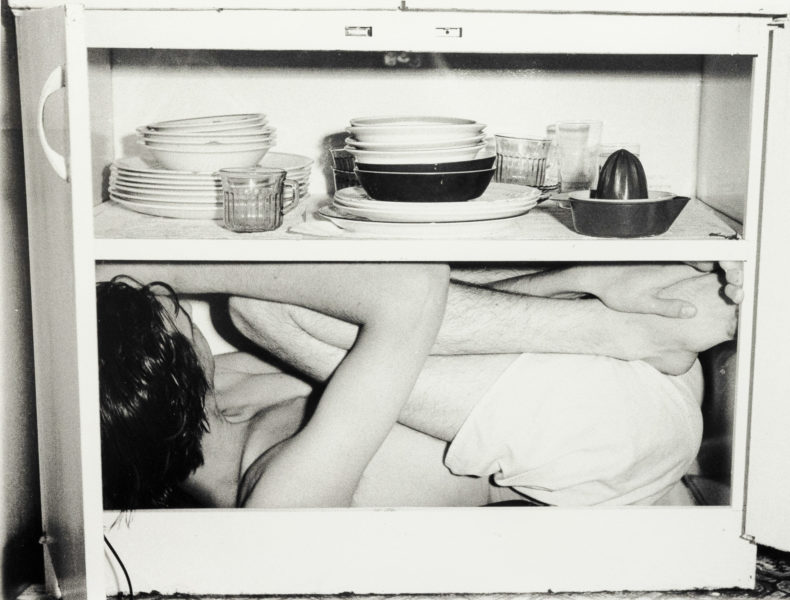 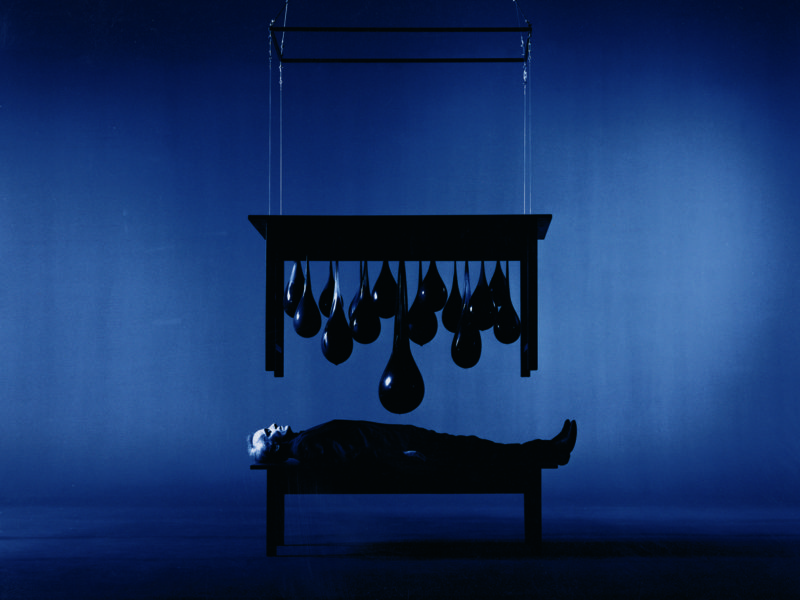 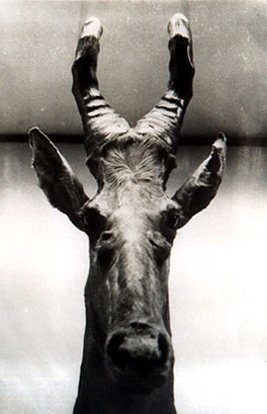 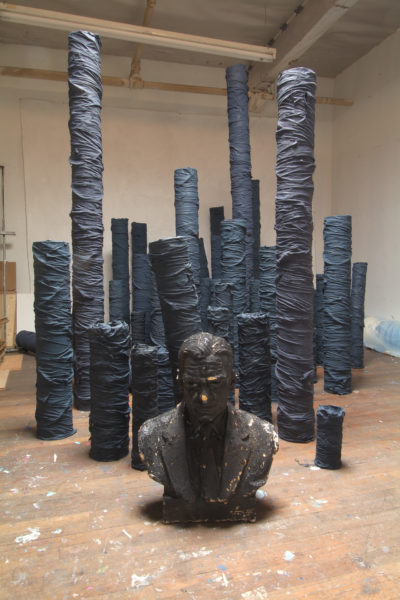 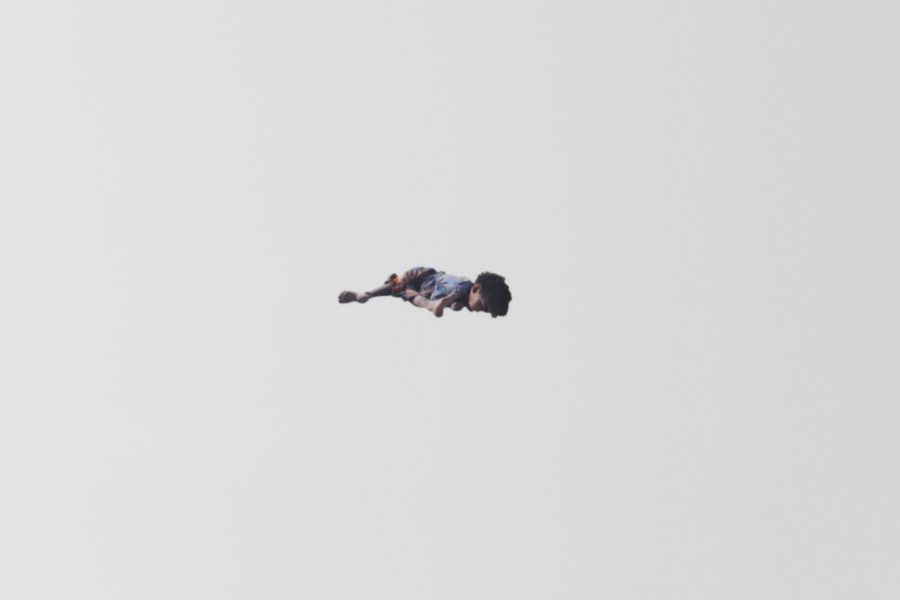 Like a rhizome, the exhibi­tion Blow Up! is permeated by the most diverse themes of our time, which, in the broadest sense, deal with The Growth of Things. With an impres­sive expansion of more than eighty recent donations, the growth of the museum collec­tion itself is also at the center of the exhibi­tion. With their broad medial diversity, the works serve as the basis for a stimu­la­ting explo­ra­tion of psycho­lo­gi­cally and socially charged spaces, lands­capes, and discourses. All new acqui­si­tions are indebted to generous collec­tors and artists.

With its indeter­mi­nate form and raw materia­lity, Blob by Phyllida Barlow seems to make its way out of the wall and into the exhibi­tion space as a bubble-like gamete. The power­fully formed sounds of the female performer in Gary Hill’s video work Remem­be­ring Paral­in­guay, which aim at a pre-lingu­istic form of commu­ni­ca­tion, are of similar archaic power and impres­sion. Otto Piene clearly reveals the reciprocal relati­onship of growth and decay with his impres­sive pneumatic ensemble, Fleurs du Mal (Flowers of Evil, 1969). The play with natural forces and elements continues in his wall reliefs, which enter into a dialogue with the “whipped-up” ceramic pictures by K. O. Götz. The technical play with size—“blow-up” is the term used for enlar­ge­ments in photo­graphy or zooming in in films—is also mastered by Jochen Lempert, who bestows his animal portraits with a sense of individuality.

In his photo­graphs, Adam Putnam develops indeter­min­able spatial situa­tions, as well as immediate physical inter­ac­tions with space. With the greatest possible emotional distance, Daniel Boudinet uses a camera to explore the interior of his Parisian apartment at night. Alain Fleischer continues the game with (maximum) distance and (intimate) closeness in his projec­tions onto the walls of metro­po­litan buildings. The large, three-part work Zweisam­keitsi­ma­gi­nie­rung (Imagi­na­tion of Together­ness) by Jürgen Klauke deals with a physical exami­na­tion of the transi­ence of the material world. The artist Stefan Thiel deals with fetish prefe­rences by portraying people wearing nylon stocking masks. The hidden and fragmen­tary is also present in the work of the feminist artist Wynne Greenwood, who, in her video instal­la­tion, enters into a dialogue with her “anxious stomach” and carica­tures bourgeois conven­tions. The Argentine painter Mariela Scafati experi­ences her spatial instal­la­tion of movable, monochrome canvases, which she orches­trates via rope connec­tions, as an extension of her own body.

In addition to the question of the self-positio­ning of the indivi­dual, evolved social struc­tures are also subjected to critical scrutiny. Thus, displa­ce­ment plays a key role in the exami­na­tion of the history and present of the United States. Rodney McMillian’s expansive instal­la­tion is a critique of racism and patri­ar­chal power struc­tures. In contrast, the archetype of American archi­tec­ture, the white man’s log cabin, is the focus of Olga Koumoundouros’s sculpture Sagamore: The Good Life. In another series of works, she criti­cizes the enthu­siasm for weapons that is deeply rooted in American society, while Fred Lonidier documented the arrests of peaceful protes­ters against the Vietnam War in 1972 as a grotesque act. Johannes Wohns­eifer comments bitingly on the legacy of Western colonia­lism with the title of his flag painting: not a flag not even a map.

Nathan Carter questions the concept of terri­to­rial borders with his trans­na­tional carto­graphy in a deliber­ately naive aesthetic. Tejal Shah reveals the failure of border crossings as a result of flight and migration by depicting the lifeless bodies of “boat people.” Jordan Wolfson’s filmic work I’m sorry but i don’t want to be an Emperor also calls for a fight for the values of democracy by repro­du­cing in sign language Charlie Chaplin’s speech from the parody The Great Dictator. Meanwhile, by the end of the exhibi­tion, Phyllida Barlow’s Blob seems to have ballooned into an oversized surveil­lance camera, which thema­tizes the omnipre­sence of “Big Brother.”

During his short lifetime—he died in a plane crash at the age of only thirty-five—Michel Majerus (1967–2002) created one of the most incisive oeuvres of the 1990s focusing on painting and instal­la­tion. Twenty years after his death, the nation­wide exhibi­tion series Michel Majerus 2022 is dedicated to various work phases and aspects of his extra­or­di­nary oeuvre, which continues to influence artists of younger genera­tions to this day.

As part of Blow Up!, the Kunst­mu­seum Wolfsburg is presen­ting the ten-square-meter painting What looks good today may not look good tomorrow (1999) from its collec­tion and is lending the room-filling instal­la­tion The space is where you’ll find it (2000) to the exhibi­tion Michel Majerus. Data Streaming at the Hamburger Kunst­verein (November 12, 2022 – February 12, 2023).